ZiFiSense and Shanghai High Definition Digital Technology Industrial Corporation (HDIC) have officially entered into a strategic partnership agreement, where both parties combine their respective superiority to develop a SoC chip for LPWAN connectivity based on the ZETA protocol and related IP developed by ZifiSense. This chip can work at different ISM bands, such as 2.4GHz, 433MH and 470MHz, etc.

There is a consensus within the industry that the market potential of LPWAN is huge. According to the forecast, by 2025, there will be 80-150 billion of Internet of Things (IoT) devices connected worldwide; and the deployment of sensor will be 2 million per hour, of which about 60 % are connected to LPWAN. The LPWAN applications include infrastructure of municipal, street lights, electric power, oil and gas pipelines monitoring, etc. It is foreseeable that the future of Internet of Things has broad prospects for growth. Chip is the key component of IoT and so it is the core element of all applications in the Internet of Things. However, in the current market, typical LPWAN technologies and chips are monopolized by MNCs. Besides, the patent holders of NB-IoT and LTE standards are also mostly MNCs.

Compared to legacy LPWAN chip, with its outstanding feature of extremely low power consumption, the new developed chip (with independent intellectual property right) is more competitive than other similar products. In addition, in order to promote the development of LPWAN industry by reducing the production costs, ZiFiSense has highlighted its aspiration to build the related industries alliance and the patent pool.

ZiFiSense was established in 2013. It is the industry-leading vendor of low-power wide area network (LPWAN) technology. ZiFiSense develops ZETA, a LPWAN communication protocol and also offers embedded ZETA modules, access equipment and IoT management platform etc. Based on in-depth understanding of customer needs, ZETA has been developed to address the current challenges in real world deployment of LPWAN. It is to help the customers to deploy a carrier-grade IOT infrastructure in the shortest timeframe with minimal capital/operating expenditure. ZETA has been widely used in a security community, municipal management, street lighting control and monitoring, remote meter reading, cold-chain transportation and other vertical industries. 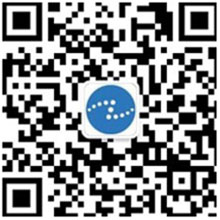 The qr code above scan